Hardware as a Service (HaaS) 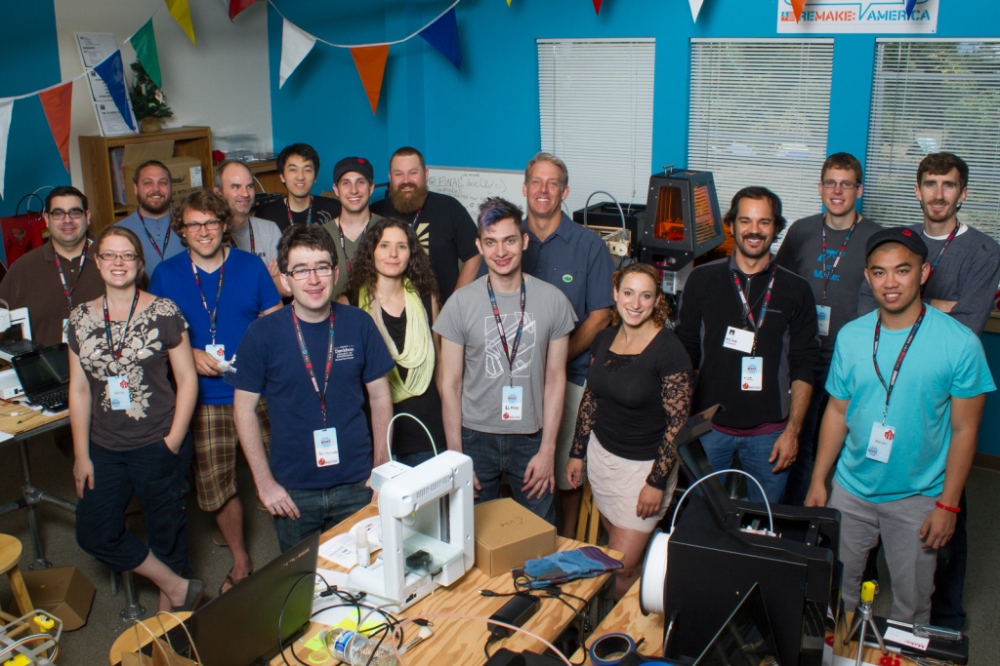 “It was such an amazing experience being surrounded by so many 3D printing experts” said Chris McCoy in an interview after the shootout.  Chris–one of the co-founders for You3Dit, a web-based community based largely on 3D printing–estimated that he printed for roughly 36 consecutive hours that weekend (minus 6 hours fort sleeping and the drive to Sebastapol, CA for two days).  He had the opportunity to personally test over 7 different 3D printers and witness the glory and failure of many of the common notables in the annual Make Magazine 3D Printer Shootout.

In one solid weekend, the team was tasked to evaluate the 22 or so latest 3D printers and comment on some key 3D printer questions: who are they good for? What are the printers’s strengths and weaknesses and what would be the “Pro User” configurations for each machine.

The Make Magazine hit shelves on November 12th and You3Dit was so thankful to Make Magazine for providing the opportunity to participate in the event.  “Consumers in this space rely heavily on the opinion of Make Magazine for purchase decisions like this…” said Chris.   “Everyone on their staff is constantly thinking about their readers and how can they help them buy the right technology…in this case a 3D printer and their peripherals.”

Make Magazine is a publication that predominantly features technology-based articles on “How to make (fill in the blank)” and typically provides detailed instructions.  They also discuss the latest and greatest in garage-style hacking hardware / software and in general, promote learning via the making / hands-on process.

Chris had the privilege to test the all-new Type-A Machines 2014 Series 1 machine which boasts some very cool new features.  So which printer should you buy?  Go download or order your print copy of the Make Magazine 2014 3D Printer Shootout here and get all the details on which printer is right for you.

And when you buy your printer, don’t forget to register it on You3Dit 🙂

This site uses Akismet to reduce spam. Learn how your comment data is processed.